Seeing as the deadline to post my challenge for April's A Lovely Year of Finishes is in about half an hour, I decided that I'd sit down and post my project.  Nothing like leaving it to the last moment, is there? LOL
I have about 4 or 5 projects to choose from, so I'm not dealing with a difficult choice - but all of those projects need to be finished sooner or later (preferably sooner!).  April is still looking like it's going to be super-busy with other things, so I decided to pick something fairly simple to do - not quick, mind you, just simple.  Part of the challenge is that I had decided to make a quilt that I saw in a quilt magazine last year, and it used a Bobbins and Bits jelly roll - and I just happened to have that exact jelly roll!  So, I cut the strips into 8.5" lengths, and proceeded to sew them into blocks of 4 strips.  The idea was to turn each block a quarter turn before sewing them together. 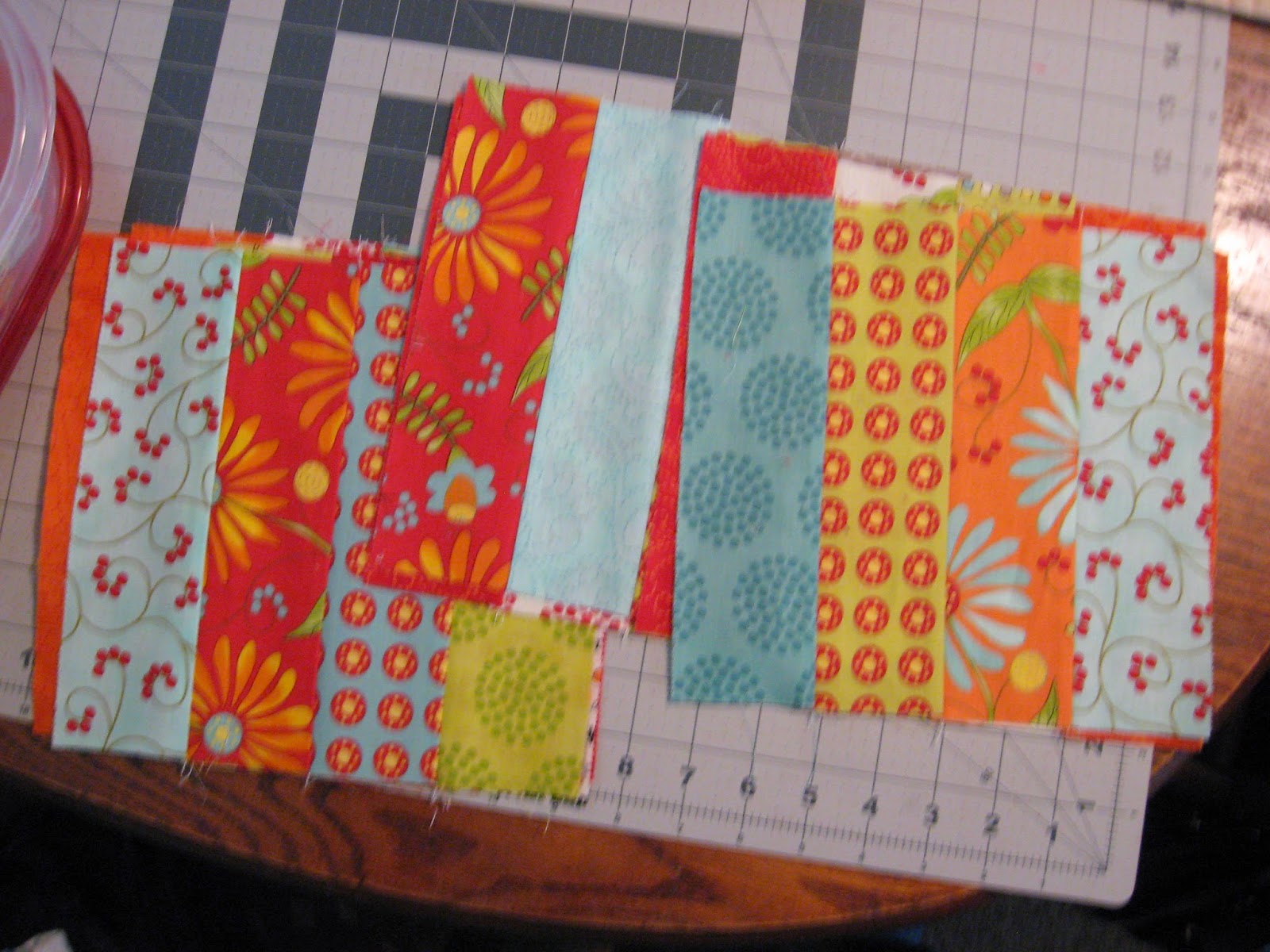 Well, I did that, but for some reason, the blocks just didn't match up - so, I just gathered the completed blocks and threw them into a box with the unsewn strips and shoved it all into my closet.  Fast forward to a few weeks ago; I'm browsing through some projects I've bookmarked on the computer, and I found a quilt that will use my strips!  I had to trim them to 8", but that didn't take too long; I also had to cut some 2" x 2.5" pieces of Kona Snow (love that colour!), and I started sewing a Snow piece to each strip.  Once the strips are done, I'll offset every other row, and sew them together - like this: 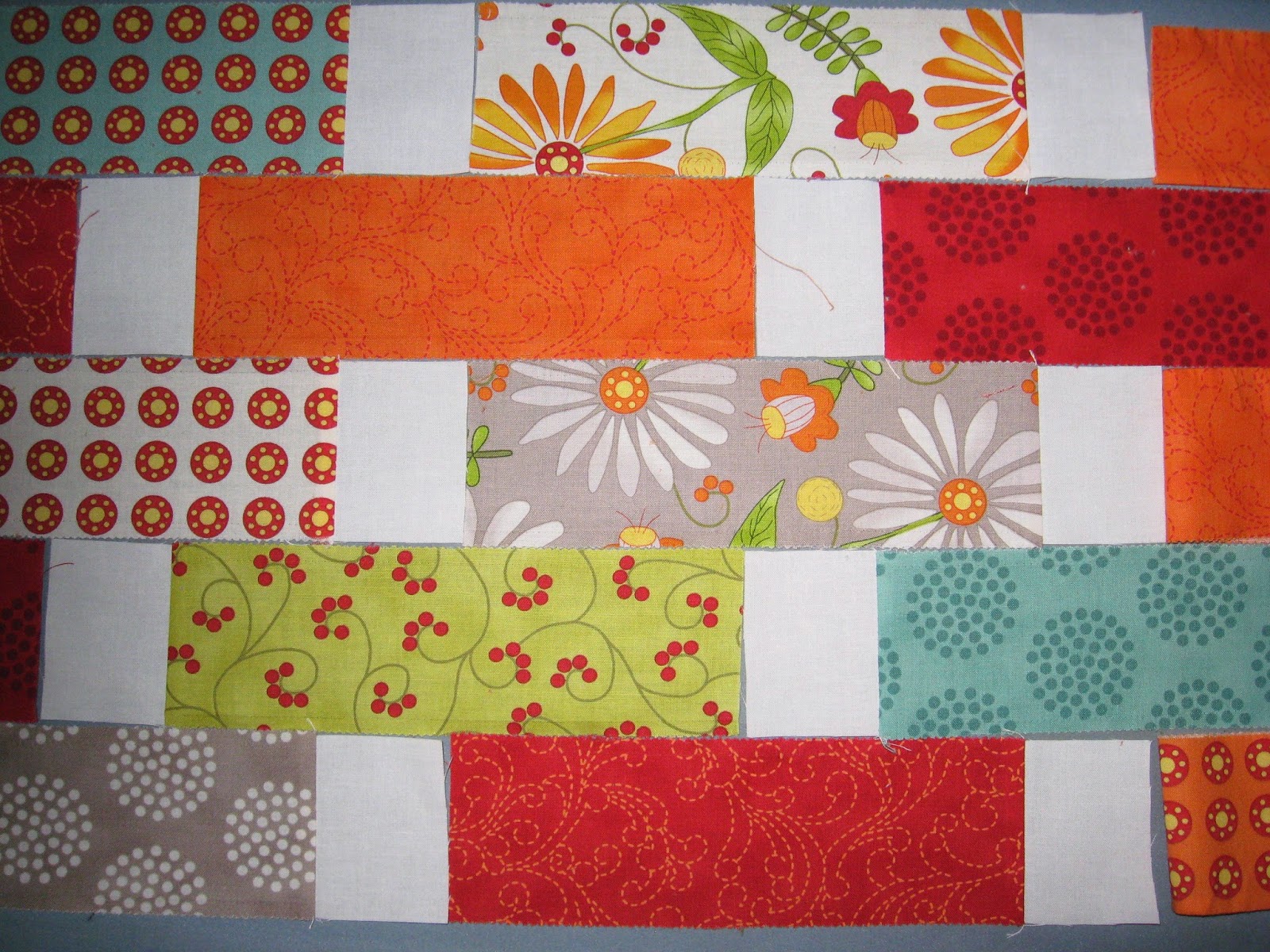 I've just laid the strips out in the pattern - none of them are sewn together yet, but it gives the idea of the completed quilt.  My aim for this month is to finish the top, AND complete the entire quilt - quilting as well as binding the quilt.  That sounds do-able, right? 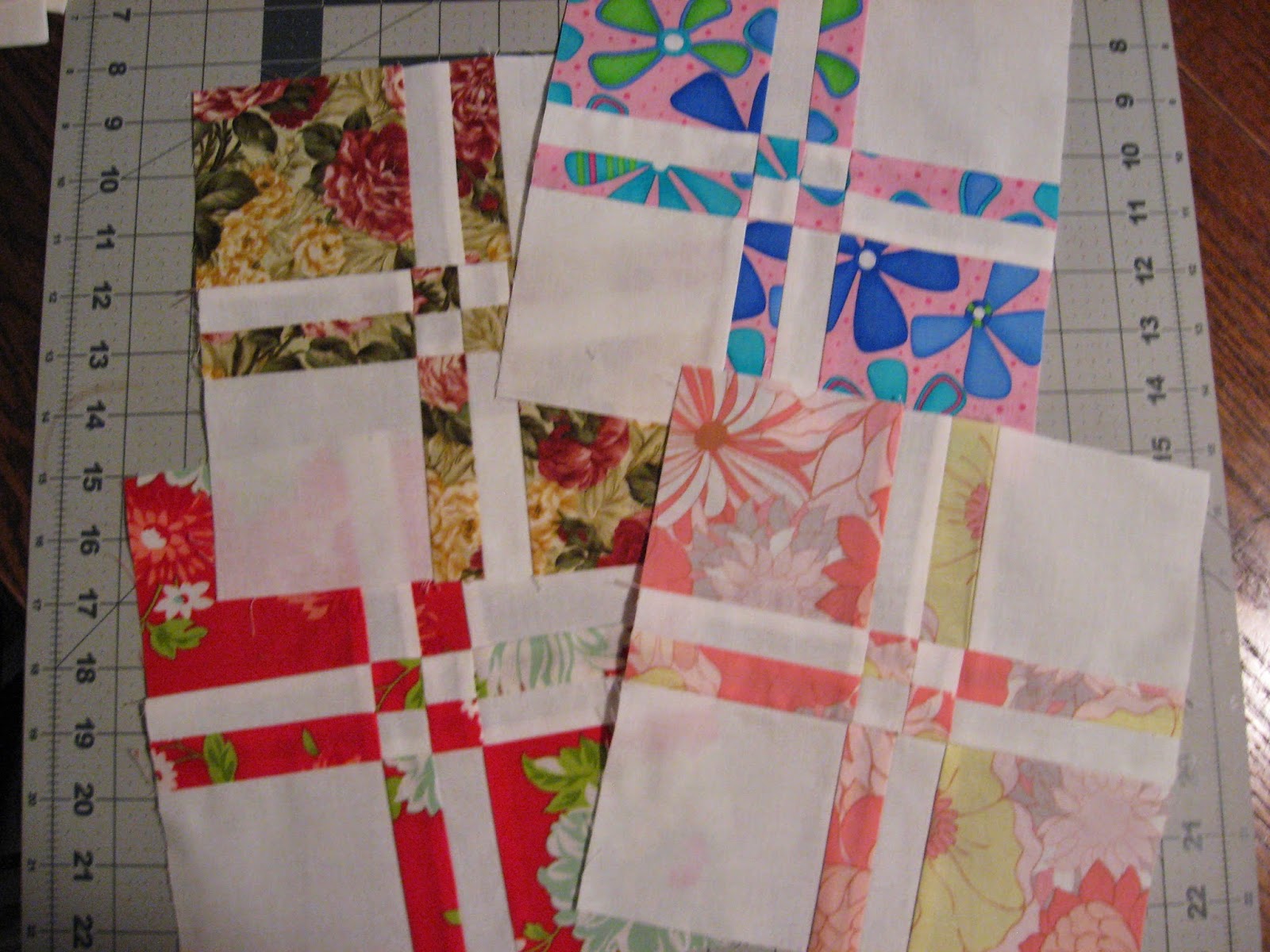 And finally, these are the blocks that I exchanged with Cathy - we started swapping 4 large-scale floral disappearing 4-patch blocks in January.  These are the blocks I gave her a week ago when we met for coffee.  We each make 8 blocks every month - 4 to give, 4 to keep; we'll probably skip July and August, and end up with 80 blocks at year's end to make a great quilt!  Cathy has drawn up a few options for the assembly, and I get just a wee bit more excited with each month's new blocks!  I'm off to link up to Melissa's ALYoF page.
Posted by Quilting with Jannette at 9:01 PM No comments: